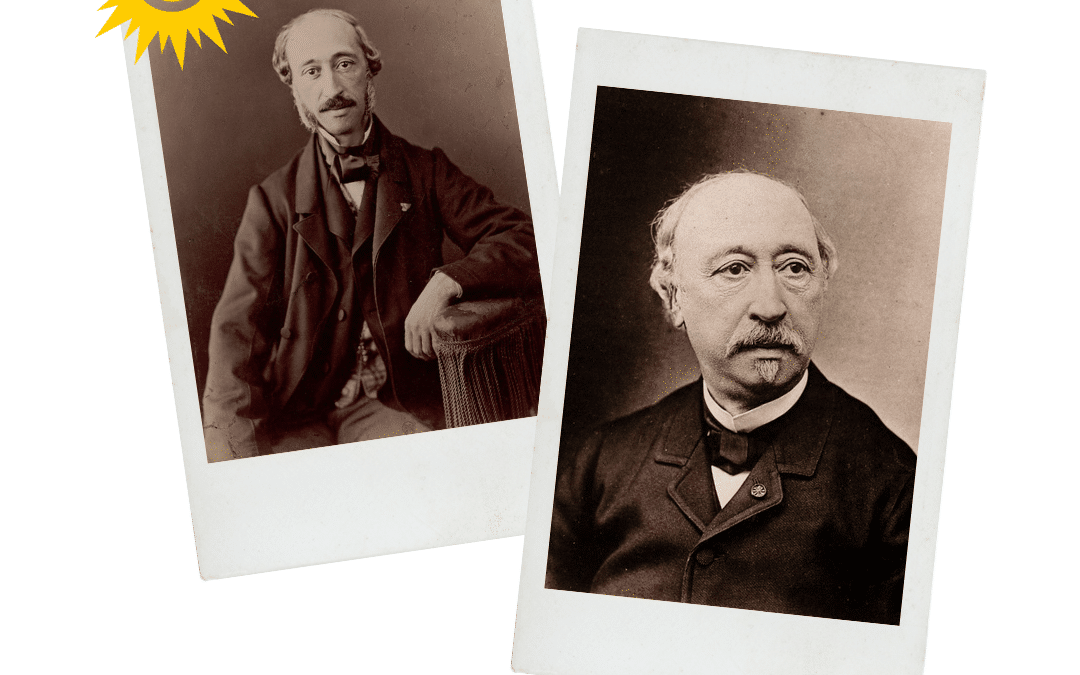 The man that discovered the photovoltaic effect, the operating principle of the solar cell.

Alexandre-Edmond Becquerel (24 March 1820 – 11 May 1891),[citation needed] known as Edmond Becquerel, was a French physicist who studied the solar spectrum, magnetism, electricity and optics. He is credited with the discovery of the photovoltaic effect, the operating principle of the solar cell, in 1839.[1][2]

Edmond Becquerel is also known for his work in luminescence and phosphorescence. Edmond was the son of Antoine César Becquerel and the father of Henri Becquerel, one of the discoverers of radioactivity. 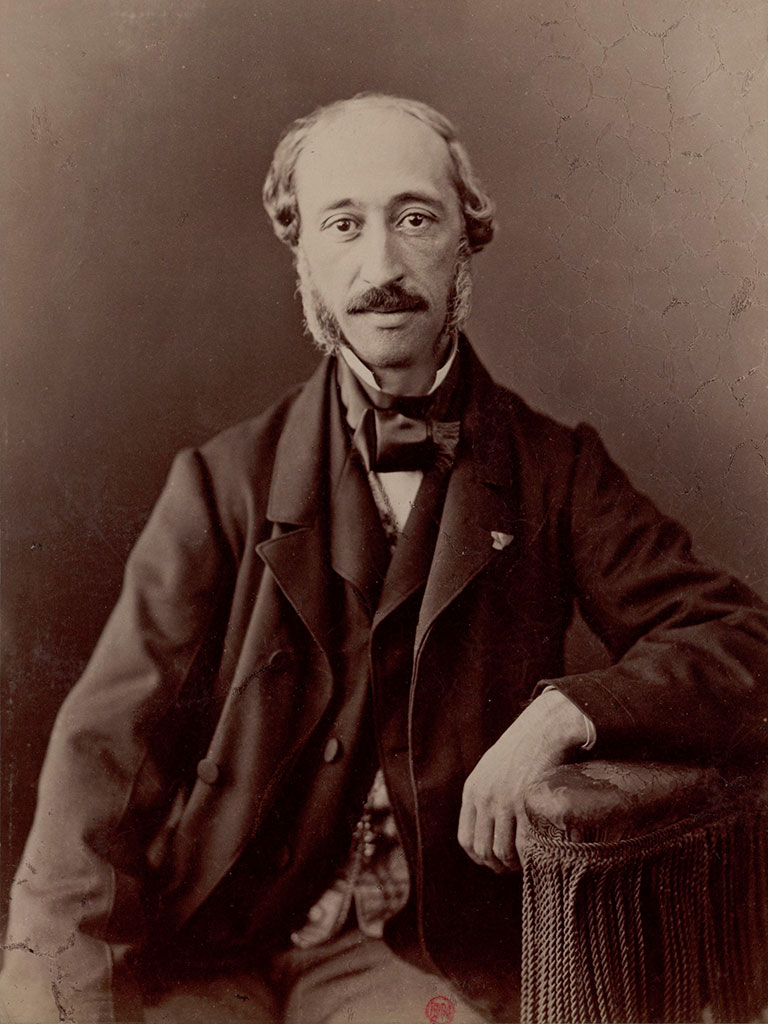 Edmond Becquerel was born in Paris and was in turn the pupil, assistant and successor of his father at the Muséum national d’Histoire naturelle. He was also appointed professor at the short-lived Agronomic Institute at Versailles in 1849, and in 1853 received the chair of physics at the Conservatoire des Arts et Métiers. He was associated with his father in much of his work

In 1839, at age 19, experimenting in his father’s laboratory, Edmond Becquerel created the world’s first photovoltaic cell. In this experiment, silver chloride or silver bromide was used to coat the platinum electrodes; once the electrodes were illuminated, voltage and current were generated. Because of this work, the photovoltaic effect has also been known as the “Becquerel effect”.

Edmond Becquerel was an early experimenter in photography. In 1840, he discovered that the silver halides, natively insensitive to red and yellow light, became sensitive to that part of the spectrum in proportion to their exposure to blue, violet and ultraviolet light, allowing daguerreotypes and other photographic materials to be developed by bathing in strong red or yellow light rather than by chemical treatment.[3] In practice this technique was rarely used. In 1848 he produced color photographs of the spectrum, and also of camera images, by a technique later found to be akin to the Lippmann interference method, but the camera exposures required were impractically long and the images could not be stabilized, their colors persisting only if kept in total darkness,[4] however this work is based on the discoveries of J. T. Seebeck prior to 1810.[5]

Edmond Becquerel paid special attention to the study of light, investigating the photochemical effects and spectroscopic characters of solar radiation and the electric arc light, and the phenomena of phosphorescence, particularly as displayed by the sulfides and by compounds of uranium. It was in connection with these latter inquiries that he devised his phosphoroscope, an apparatus which enabled the interval between exposure to the source of light and observation of the resulting effects to be varied at will and accurately measured.

He investigated the diamagnetic and paramagnetic properties of substances and was keenly interested in the phenomena of electrochemical decomposition, accumulating much evidence in favor of Faraday’s law of electrolysis and proposing a modified statement of it which was intended to cover certain apparent exceptions. In 1853, Becquerel discovered thermionic emission. 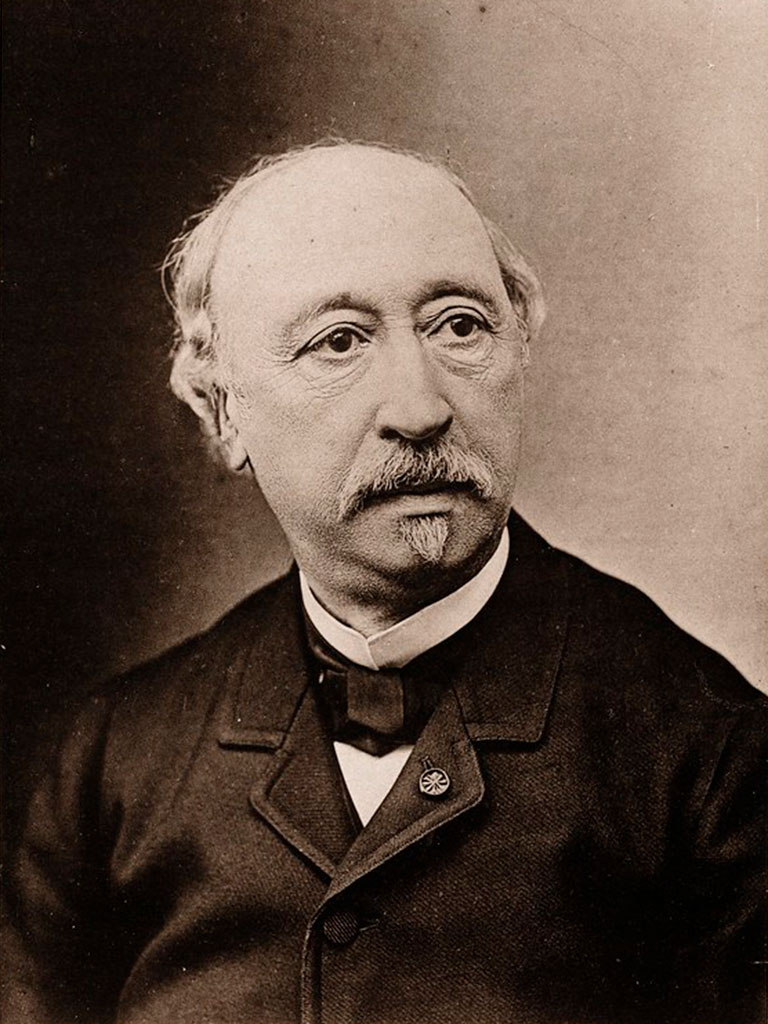 In 1867 and 1868, Edmond Becquerel published La lumière, ses causes et ses effets (Light, its Causes and Effects), a two-volume treatise which became a standard text. His many papers and commentaries appeared in French scientific journals, mainly the French Academy of Science‘s widely distributed Comptes Rendus, from 1839 until shortly before his death in 1891.

Edmond Becquerel was elected a member of the Royal Swedish Academy of Sciences in 1886.

The Becquerel Prize for “outstanding merit in photovoltaics” is awarded annually at the European Photovoltaic Solar Energy Conference and Exhibition (EU PVSEC).

Do You Want To Gain Total Access To The Solar Guidebook?

If you want to discover the “8 Secrets Of Running Solar Facebook™ Ads That Can Make You Rich!” then you will need to fill out and submit the *FREE OFFER* form on this page further below. Just enter in your “Name” and “Email”, click the “Get The Guidebook” button, and then we will immediately send you an email that contains the exclusive link to the Google Doc. Keep on scrolling until you see the form below…

Do You Want To Gain Total Access To The Rest Of The Solar Guidebook?

If you want to discover the “8 Secrets Of Running Solar Facebook™ Ads That Can Make You Rich!” then you will need to fill out and submit the *FREE OFFER* form on this page.

Just enter in your “Name” and “Email”, click the “Get The Guidebook” button, and then we will immediately send you an email that contains the exclusive link to the Google Doc link.

"8 Secrets Of Running Solar Facebook™ Ads That Can Make You Rich!"

A link to the Google Doc will be emailed to you.